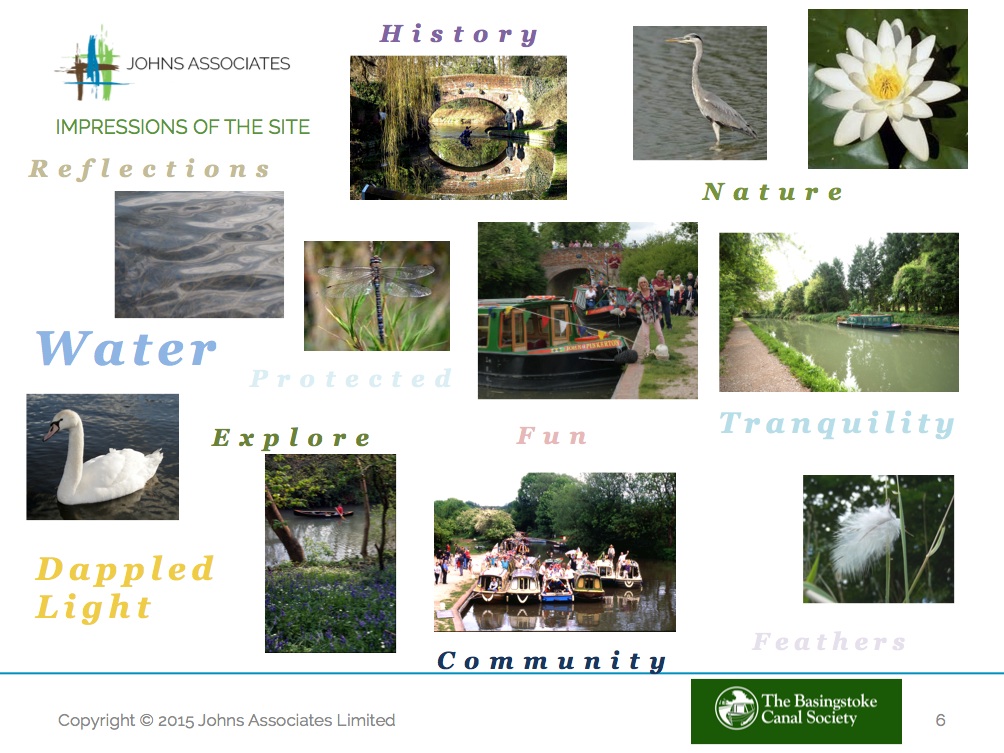 The final documents were presented to the Basingstoke Canal Society for use at a public consultation event to gauge public support and to gather additional suggestions prior to the development of detailed plans for submission to the local planning authority. Following a successful consultation exercise, further meetings are on-going between Johns Associates, The Basingstoke Canal Society and Hart District Council.